THE MAN BEHIND THE BBQ: Q&A with Ray “Dr. BBQ” Lampe

Ray “Dr. BBQ” Lampe knows barbecue. It could be argued that no one knows it better. And take it from us—you do not want to quiz him on its history. If you do, you will get schooled.

With partners Suzanne and Roger Perry (owners of Datz, Dough and Roux), Lampe will bring “a new breed of vibrant, dynamic, even progressive, barbecue” to the new Dr. BBQ restaurant.

But who is Ray Lampe and how did Dr. BBQ come to be? The Chicago native worked the family trucking business for 25 years before he quit to become a full-time pitmaster. Lampe spent 15 years testing different barbecue cooking styles and learning the culture while participating in countless competitions. Today, Lampe is one of the most recognizable professional pitmasters in the world. Inducted into the BBQ Hall of Fame in 2014, he’s routinely seen as a judge on Food Network shows like Chopped, World Food Championships and American Grilled.

We sat down with Ray to learn about him and the Dr. BBQ restaurant set to open in St. Petersburg’s Edge District later this fall.

Where did your love of BBQ come from?

It really was a love for cooking and food before barbecue. In high school during the ‘70s, I was looking for a goof off class and signed up for cooking. I went there to play around but I loved to cook from that moment on. Barbecue wasn’t my thing at the time, but when I was 25 my friend signed us up for a ribs cooking contest. I borrowed a grill, bought some ribs, did a little homework and learned how to cook these ribs for this contest. We didn’t win anything, but I found my place. Later came the real interest in the history and the culture of it. I’ve lived it since then. It’s been a wild ride. I’ve been very much the beneficiary of barbecue becoming a big deal. I like to think that I helped make that happen, but I’ve also been the huge beneficiary of it.

What inspires you as a pitmaster?

The reaction of people when they eat. People have a passionate relationship with ribs. When you cook a slab of ribs for someone and you can tell they’re thinking, “Holy cow, how did he do that?” — it’s amazing!

What’s your favorite thing to cook?

When I cook for myself, it changes every day. But when I’m cooking for other people, the one thing I’ll always cook for them is ribs because everyone has a personal relationship with ribs and can usually remember where they experienced their favorite ribs.

Has a specific person influenced you in your career?

For me it started with the barbecue competitions. Ed Roith was an old Kansas City guy who was one of the top competition cooks at the time. I bought the same smoker that he had—there was only a handful of us that had this smoker —and he took me under his wing and showed me the ways. Another guy, John Beadle from Michigan, was also on the circuit. He wasn’t that competitive of a cook, but he was the guy who would remind you to have a good time when you’re there and show up early and stay late.

How did you break into TV?

That’s a good question. It probably has to do with Guy Fieri. I met Guy before he was on TV. He had restaurants in California and started coming around the barbecue circuit. At the time, I was a rock star in this world; he will tell the story that when he first came around, not everyone was nice to him, but he’ll never forget that I was nice and welcomed him with open arms. I think Tailgate Warriors with Guy Fieri was the first show we did together. I was a judge on it all the time. And then I was on Diners, Drive-ins and Dives with him. The Food Network executives got to know who I was and it took off from there. I’ve been around so long, and there were a handful of us that became the “go-to” guys who would get phone calls to be part of a show.

How does it feel to be famous? Are you recognized on the streets?

It’s funny. Laura Reiley wrote that I have the perfect level of fame. I do get recognized a lot, but it depends on where I am. Up until the last year, I’ve been more famous nationally than locally. People are nice and will come over and say hi, take a picture, which is nice.

What brought you to St. Pete?

When I closed the family trucking business in 2000, I had to tap into the only other thing I knew how to do. I bought a 20-foot trailer and moved to Lakeland to sell barbecue in a parking lot. I would come down to Lakeland for a big barbecue cook off every January and thought, “These are nice people, they will probably let me sell barbecue on the side of the road.” I lived there for 10 years.

I met my fiancée, Sandi, at a mutual friend’s house. She’s a St. Pete native, so I moved to the area to be with her and have been here 7 years now. We live in the house she grew up in.

How did the Dr. BBQ restaurant come to be?

Suzanne and Roger were looking to do a restaurant in St. Pete and were inspired by barbecue after spending a lot of time in Texas, where their son goes to college. They called me and asked if I’d be interested in doing it with them. The truth is that I wouldn’t want to do a restaurant, except with them. I’m not a restaurant guy, but I always had in the back of my mind if someone would call that really knows what they are doing and wanted to do it right, then I’d be on board. It is particularly cool to do it here, where I live. It’s basically a dream-come-true situation.

How would you describe your barbecue style?

I don’t like to simplify barbecue by a limited number of regions. The reality is there are probably 500 barbecue regions. I grew up in Chicago where there really wasn’t barbecue so I’d drive to Kansas City to learn barbecue. My style is deeply influenced by Kansas City, but I have learned from Memphis, Texas, the Carolinas—I don’t love the Carolinas, it’s not my favorite but I certainly respect it. It’s endless. We are going to serve a style based on all my experiences in all of these places.

We hired a guy from Texas who was working at one of the famous iconic Texas barbecue restaurants. I will certainly let him cook the briskets the way he was cooking them down in Texas. But he doesn’t know much about cooking pork shoulders, so I am going to teach him based on what I’ve learned from all over. It’s going to be a big mix. For research, we went to a lot of barbecue restaurants—old ones and new ones. The good ones are doing their thing based on knowing this stuff. Take what you learn, be respectful to the origins of it, but make it your own.

We are developing the menu now and have so many great ideas; it will be hard pairing it down. Our goal is New American—traditional smoke with today’s flavors; basically a mix of new and old barbecue styles. Between our corporate chef, the experienced guy from Texas, and Roger who is a serious foodie and dedicated student of barbecue, we’ll all sit around the table and together decide what exciting items to bring to the menu. The menu will look familiar to barbecue freaks, but there will be some very unique things on there. As with any Datz restaurant, you are not going to leave hungry.

Do you have a favorite item on the menu?

Pastrami. We will make homemade pastrami, which I love. But of course we will have brisket, pork shoulder, ribs and chicken. We bought this really cool rotisserie for making chickens and we’re experimenting with a spicy rub—it’ll be hot!

When can we expect Dr. BBQ to open?

We are working hard to open later this fall! 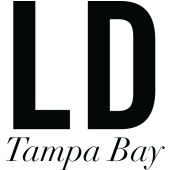