The elemental purpose of food is to nourish and sustain life. If one only considers this functional and practical approach, meal opportunities are endless and most options are likely flat-out boring. Somewhere in the depths of human history, we went from a nomadic hunt-and-gather way of life to one of infusion and intricacy. One man turned the tables on “standard” by popularizing culinary art, culture and education into the daily eating habits of American cuisine. His name—James Beard.

Portland, Ore. native James Beard has an unprecedented list of accomplishments in the culinary world. He authored cookbooks and articles, was instrumental in the beginning of cooking television shows, founded a culinary school and educated around the world. When Beard passed in the 1980’s, the James Beard Foundation wanted to continue his legacy with a mission “to celebrate, nurture, and honor America’s diverse culinary heritage through programs that educate and inspire.” The seemingly recent boom in culinary creativity and public educational interest with consumables can be traced back to the foundation’s years of work in the food world.

In 1990 the foundation created the James Beard Foundation Awards, bringing a whole new level of prestige to everything surrounding American cuisine. This set new standards for restaurateurs and professionals, helping and recognizing those who perform their functions at the top of their class. In addition to television and media, award categories include a multitude of areas like best chef (per region), wine programs, and service. It is a great honor to receive a nomination or award from the foundation. These awards are, without a doubt, the crème de la crème of the food industry.

How does the selection process work? Anyone can enter, meaning there are thousands of applicants per year (20,000 last year in the Restaurant & Chef Awards alone). Each category has a different set of rules that the applicants must adhere to prior to qualifying. Panels of experts in each field then filter and make their nominations. According to the foundation, winner’s receive “Bragging rights, a handsome medal, an impressive certificate, a lot of publicity, and the satisfaction of having been recognized by your peers.” To receive the industry’s highest award and recognition can certainly be more valuable than a cash reward.

The Tampa Bay area itself has landed a few awards and nominations through the last 25 years. Notably, Bern’s Steak House in Tampa recently won for the 2016 Outstanding Wine Program. To be considered for the award, a restaurant must be in operation five or more years, and serve as a standard bearer for excellence in wine service through a well-presented wine list, knowledgeable staff, and efforts to educate customers about wine. The steak house has been granted several other awards, including the Outstanding Wine Service Award for 1992, semifinalist recognition for the Outstanding Restaurant Award in 2008 and 2009, and a nomination for Outstanding Wine Service in 2015. Additionally, Chef Chad Johnson from Haven (Bern’s sister restaurant) received 2 semifinalist nods for best chef in 2012 and 2014.

Chef Greg Baker of Tampa’s The Refinery and Fodder & Shine is also well noticed by the James Beard panel, with five years of semi-finalist nominations in the Best Chefs in America (South) category. Baker notes that as he travels to other regions, such recognition has unexpectedly made him a brand ambassador for Tampa. He mentioned that as he travels he gets to promote the city as much as he does his business. The Refinery, known for its weekly changing and locally-sourced menu, was also awarded the semifinalist title for Best New Restaurant in 2011. With so many awards under his belt, we think Chef Baker will make it to finalist or title position in the near future.

•Rising Star Chef of the Year

Perhaps one of the most awarded chefs in the Bay Area is Chef Michael Mina of Locale Market in St Petersburg. He has opened over 20 successful restaurants and received 17 awards to date from the James Beard Foundation. Mina notes, “We are always challenging ourselves to be better than yesterday.” Amongst his awards, he was named Rising Star Chef of the Year in 1997, winner of the Best Chefs in America in 2002, winner of Who’s Who of Food & Beverage in America in 2013, and nominee for Outstanding Restaurateur in 2016.

Other local nomination winners are Steve Phelps of Indigenous in Sarasota, Joey Redner of Cigar City Brewing and Chef Jeannie Pierola of Edison: Food+Drink Lab. Well known for his seafood dishes and sustainability practices, Steve Phelps was awarded Semi-Finalist for Best Chef in America (South) in both 2014 and 2015. Joey Redner brought another award to Cigar City Brewing as a 2014 Semi-Finalist in the Outstanding Wine, Beer, or Sprits Professional category. Joey is the founder and CEO of Cigar City Brewing, with his favorite being their special release Big Sound Scotch Ale. If you haven’t been to Edison in Tampa, it’s a must and very demonstrative of award-worthy talent. Chef Jeannie Pierola has been awarded the James Beard Semi-Finalist award four times, assimilating her Cuban and Spanish roots into plated modern and artful culinary displays. It is apparent from the restaurant’s setting, knowledgeable staff, and the attention to detail in each dish that she is in it to win it.

Since the odds of receiving such a nomination are very low, we are elated to have such recognized individuals within the Tampa Bay area. We can only imagine as the food scene here continues to define itself and stand out, more nominations and victories will flood our local area. As connoisseurs, lets pull together with support and encouragement for those in our local food industry who continue to push the boundaries and make unique dining experiences. This not only keeps them around, but also ultimately grants them and our region much deserved recognition. 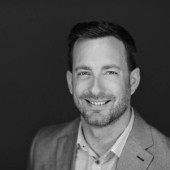 Harry Martin is a gregarious nomad who hangs his hat in the Historic Kenwood neighborhood of St. Petersburg. By day he works for an interior design firm and by night is wining and dining around the bay area. He is on a constant conquest for tasty bites; attributing it to his eight years in the Pacific Northwest food scene and his love for travel. Harry has a fantastic husband, Chase, and two lovely dogs, Jack and Drake.