I have a newfound fascination with Korean food. I’ve never eaten at a Korean restaurant before, only tasted a few treasures from a fusion menu here and there (spicy bimbimbap and Hawker’s delicious beef bulgogi). In one of the many food magazines I subscribe, there was an article about a Korean chef, Deuki Hong, and his recent cookbook “Koreatown.” I instantly purchased “Koreatown” through the dangerous convenience of Amazon, which doesn’t require that you actually get out of your chair to place an order. I enjoy reading cookbooks and was intrigued by the promise of “funky” food. I love spicy food and I’m not entirely sure what the author meant by “funky,” but I’m learning. One hint is that you should keep your kimchi in a separate refrigerator. Seriously.

Remember the saying, “don’t judge a book by it’s cover?” We all were taught that as children, yet as we pulled up to Sa Ri One my husband asked, “Are you sure you want to go here?” Something about the slightly run-down appearance of the building and being a short block away from the interstate made it seem a bit dodgy. But then something magical happened—two older Asian ladies came out of the restaurant carrying large bags of leftovers and equally large smiles. Then we noticed that it was 2 PM, and there were about a dozen cars in the parking lot. What is this place?

As we entered we were happy to see the interior was nicely done although slightly dated. The restaurant was quite spacious and there were a large number of patrons, most of whom were Asian. We were greeted warmly and seated immediately. We loved some of the quirks, like a call button on the table, one we didn’t have the opportunity to try since our server was so attentive. We also loved the tabletop ad for Seok Ryu Ju (pomegranate wine) which states, “The more one drinks the more pleasant one becomes.” Glad to know it’s not just Americans who think drinking alcohol makes us awesome.

What came next was a true treasure. Our server was delightful and patient with us, explaining various ingredients (for example, we learned that ganjang is a soy sauce made from fermented beans). We had the mandu dumplings because 1) they were meat filled (my husband insists on “meat” with everything) and 2) they were boasting “freshly made!” on the menu. They were delicious and filling.

I tried the kimchi pancake because I like adventure. Though I have no point of comparison, I thought it was very good. As an appetizer I was surprised to see the pancake be the size of a large pizza (hence the doggie bags everyone leaves with). The pancake was crispy and not doughy at all. It promised to be spicy, and the server double-checked to see if that was OK. I was expecting FIRE, but somehow I found it to be slightly bland. Good, but a little bland.

My husband had the bulgogi beef lunch box that included a vast array of side dishes or “banchan.” I’m not kidding when I say “vast.” The assortment of banchan included miso soup, cabbage kimchi, zucchini kimchi, and sesame bean sprouts (delicious! I’ve never had anything other than “regular” bean sprouts before). The lunch box itself came with rice, a salad, tofu pancakes and fried dumplings. This photo doesn’t give it justice—we were so excited, we started eating before we could even take out the camera. The bulgogi was nothing like we expected; it was fairly saucy and rather sweet but delicious nonetheless. Most of the food had a sesame oil undertone, a flavor I found very good and quite different from other Asian food I’ve tried.

We left happy and content and with enough food for a few more meals. We also learned what “funky” means. Not really garlicky, but perhaps strong smelling in a slightly curious way. We found yet another use for a kimchi refrigerator—leftovers. 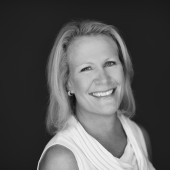